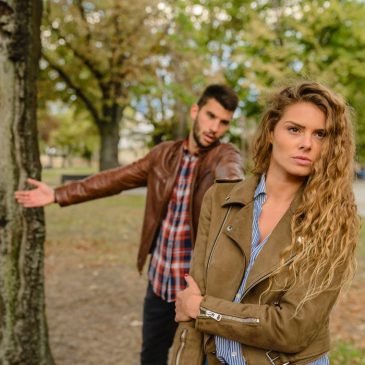 Oscar Wilde once said, “always forgive your enemies – nothing annoys them so much.” After 25 years of private practice, I can safely say that confusion over forgiveness and reconciliation ranks in the top ten things that create unnecessary distress for clients. At worst, it can lead one to exposure of continued abuse and serious personal harm. There is rarely a day that goes by in which forgiveness and/or reconciliation is not discussed in one of my counseling sessions.

THEY ARE NOT SYNONYMOUS
Forgiveness and reconciliation are often used as synonyms but, in actuality, have completely different meanings. Webster defines “forgive” as “to cease to feel resentment against; to give up resentment or claim to requital; to grant relief from payment of.” Likewise, Webster defines “reconcile” as “to restore friendship to harmony.” Even a cursory glance at these definitions begins to bring their not so subtle differences into focus. Forgiveness seems to have more to do with one’s PERSONAL inner state while reconciliation has more to do with the actual relationship BETWEEN two people or entities.

FORGIVENESS IS PERSONAL
Indeed, forgiveness is by far something that you do for YOURSELF. It is a releasing of the anger, sorrow, hurt, bitterness, and resentment that comes from worrying, ruminating and, sometimes, obsessing over wrongs which we have experienced from others. “How could he have done that?” “I can’t believe she had the nerve to betray me like that!” “I am devastated that he would say such a thing.” “I am going to pay her back; just you wait!” Such thoughts are certainly normal when we have been wounded by someone’s actions.

However, at some point, normal emotional reaction can turn unhealthy. The line is indeed invisible and different for every person, but at some point we cross over into unforgiveness. Here is where we actively hold on to our feelings of hurt and resentment and receive some secondary gains or “mileage” from them. At its worst this can manifest in desires or actions of revenge. Nelson Mandela said “resentment is like drinking poison and then hoping it will kill your enemies.” Whether mild or extreme, our bodies pay a price for resentment and unforgiveness. Stress, anxiety, physical ailments, depression, decreased productivity and sleeplessness can all be symptoms of a lack of forgiveness. To forgive someone is a GIFT we give ourselves to release the hold this person and their behaviors have had over us.

FORGIVENESS IS A PROCESS
Does that sounds easier said than done? Of course it is! This is because forgiveness is a PROCESS, not a one-time action. We can say that it is a one-time decision to enter INTO forgiveness, but this is only the START of a PROCESS that can last weeks, months or even years. It is the trajectory that is important here: that we are steering our ship in the right direction. The speed we travel or smoothness of the waters we travel on is less important. You will get to a better place, but you must first commit to the journey.

FORGIVENESS IS A ONE-WAY STREET
Additionally, the state/posture/attitude of the one who offended us has NOTHING to do with our need to forgive. It matters not that they are brokenhearted and sorrowful or whether they are gloating and unrepentant. The degree to which they “deserve” forgiveness is immaterial. In fact, forgiveness can never be said to be “deserved” as it is a free gift. It can never be earned or paid for. There is no currency in the economy of forgiveness.

RECONCILIATION IS A TWO-WAY STREET
Now we come to reconciliation. Reconciliation, unlike forgiveness, IS dependent on the other person. As I say to my clients, you can only reconcile with someone who is reconcileABLE = ABLE to be reconciled. Someone is ABLE to be reconciled with when they (1) have an awareness of the wrong they have committed, (2) make a commitment to change the behavior in question, and (3) demonstrate this commitment in tangible ways.

If the other person is not willing to make these commitments, then reconciliation will likely result in a repeat of the behavior. It is also a primary way that we reinforce and, to use the language of codependency, ENABLE destructive behavior. The worst case enabling-scenario is seen all too often. A wife experiences physical, emotional, sexual or psychological abuse and subsequently “forgives” her partner. She returns to the relationship (premature reconciliation) before the partner has demonstrated any tangible proof of change, and the cycle repeats itself. This has been called the Battered Wife Syndrome.

FAITH & FORGIVENESS
C.S. Lewis said, “To be a Christian means to forgive the inexcusable, because God has forgiven the inexcusable in you.” Even the most basic of Sunday School lessons teaches us that forgiveness is foundational to faith. Forgiveness is the most vital gift we receive from God and, likewise, the most vital gift we give each other. Some of my favorite people in the world are pastors. However, I have listened to numerous sermons over the years where the speaker clearly was confusing forgiveness and reconciliation. Indirectly, and sometimes directly, the listener comes away with the message that there is someone in their life they should forgive (likely true for ALL of us) and that forgiveness should, therefore, lead to a restoration of the relationship (absolutely NOT always true).

Scripture gives us a very relevant example of forgiveness and reconciliation in the relationship between Paul and Mark. We learn in Acts that Mark accompanied Paul on an important missionary journey. We later learn in Acts 15:36-40 that Mark deserted Paul in Pamphylia while on that journey. We do not know the details behind this, but we do know that it led to Paul denying Mark’s participation in the next missionary journey. This caused so significant a rift that it led to Paul’s closest missionary partner, Barnabas (who happened to be Mark’s cousin), to also part ways with Paul.

Can we accuse Paul of unforgiveness? Certainly not. He was simply recognizing that Mark, because of immaturity, fear, unreliability or some other unknown quality, was not in a place where he was reconcilABLE. This is not the end of the story, however. Later in Paul’s life, it is recorded that he wrote to Timothy to “get Mark and bring him with you, because he is helpful to me in my ministry” (2 Tim 4:11). What happened? I think it is safe to assume that there was a change that took place with Mark. He went from becoming unreliable to reliable, immature to mature, a liability to an asset. This change led to him being reconcilable and his subsequent reunion with Paul and their work together.

MOUNTAINS & MOLEHILLS
Certainly, there are minor issues in relationships that don’t deserve to be considered within the larger context of forgiveness and reconciliation. Perhaps Robert Frost’s words apply here, “Forgive me my nonsense as I forgive the nonsense of those that think they talk sense.” We all do things that are annoying to our loved ones, slip up and say things that we truly don’t believe or express childlike selfishness from time to time. In these situations, it’s best to just “let it go,” “take the high road,” “let it roll off your back,” etc.

However, sometimes it is difficult to know what context to put our relationship difficulties in. “Am I overreacting or underrating,” we may ask. If you find yourself in this conundrum; if you find yourself struggling with unforgiveness or are confused about whether or not someone in your life is reconcileABLE, give me a call/text or send an email. I would be happy to help!