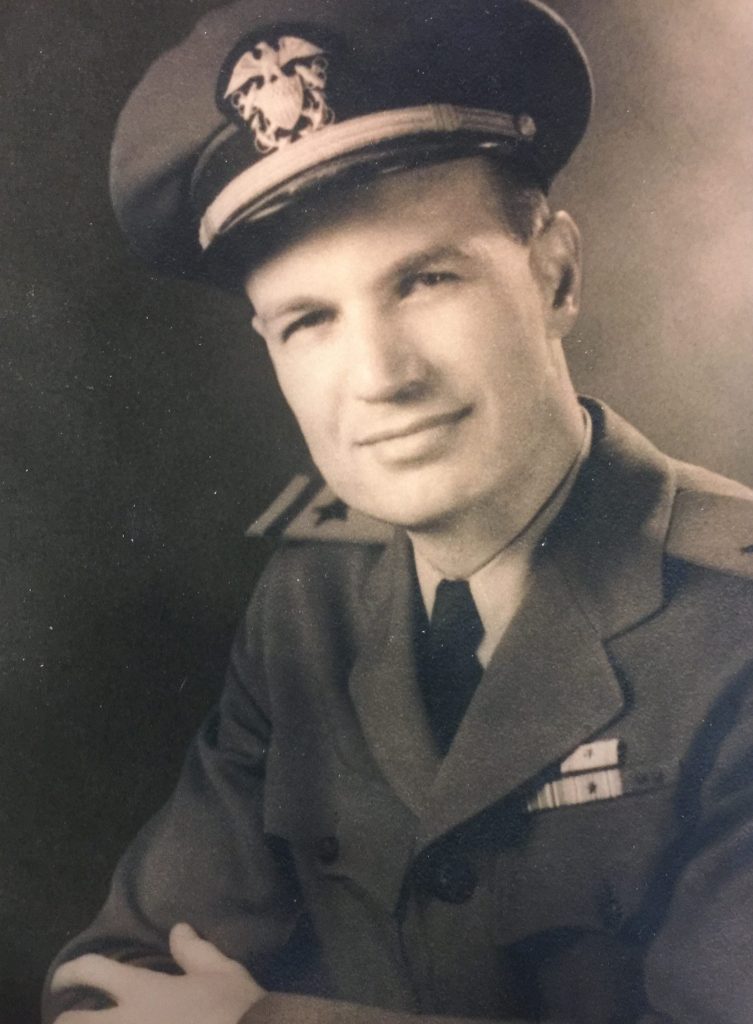 “December 7th, a date which will live in infamy.” Few people would not recognize these iconic words spoken by President Roosevelt in his speech announcing the declaration of war against Japan after the attack on Pearl Harbor. Even though I was born quite a long time after this historic event, it played a significant role throughout my life. My grandfather, Lt. Ernest L. White, was a Naval officer stationed at Pearl Harbor on the day of the attack. While he was on base, my grandmother and two uncles sought safety by hiding in the sugar cane fields. As a boy, I would spend many hours listening to his experiences during the war. Indeed, by the time of the attack, he had already served 20+ years in the Navy, rising up through all the enlisted and warrant officer ranks as a “mustang officer,” and would continue through the Korean War; he certainly had a lot to share! More than his war stories, however, it was the way he lived his life, his commitment to his family and his faith that were examples which made a lasting impression on me. Thanks, “Pop!”

3 thoughts on “Day of Infamy”